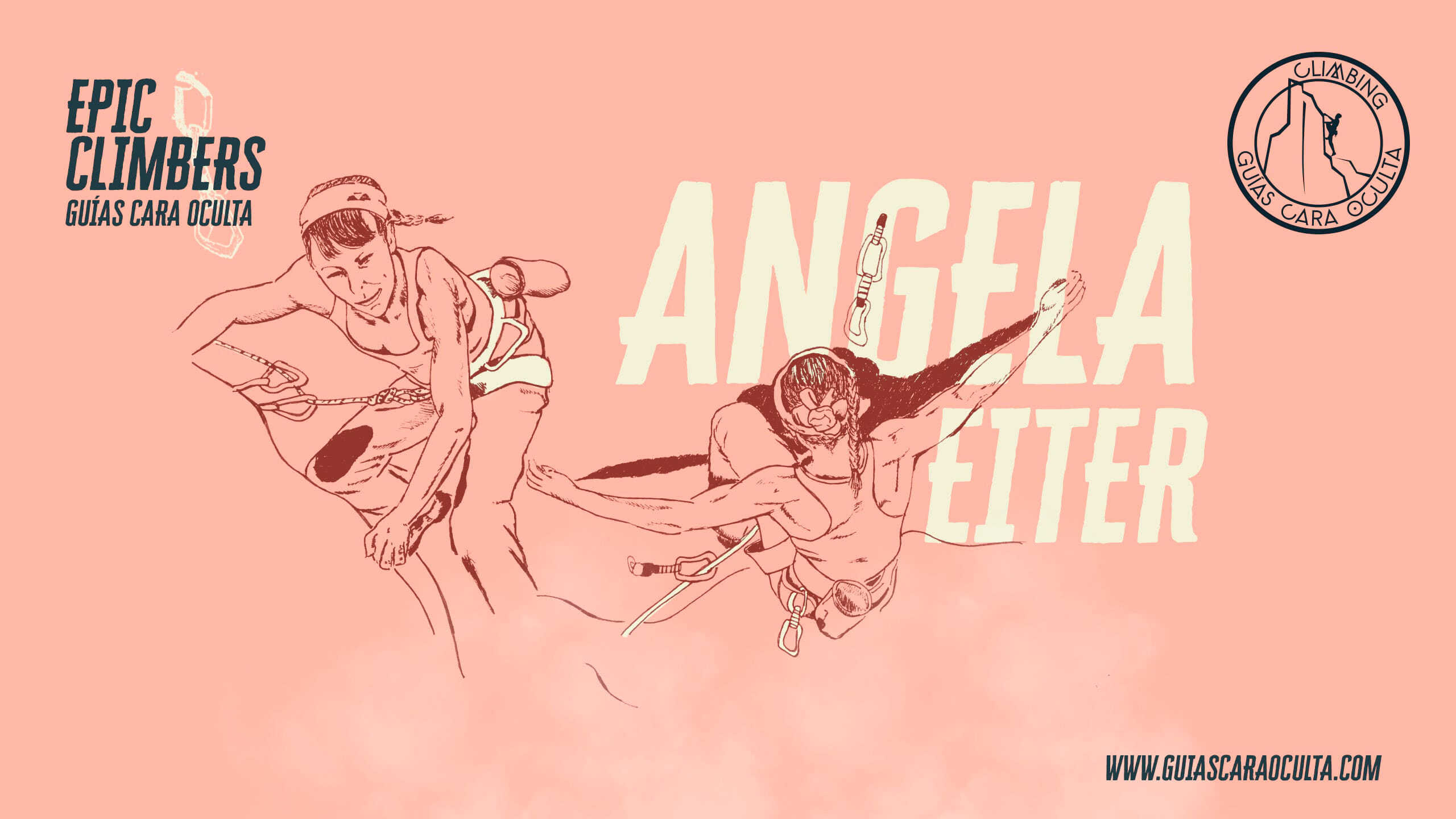 This is our first post in English or at least an attempt at it, and this is the reason why…an EXCLUSIVE INTERVIEW WITH Angela Eiter.

It all started when, Angela, the first woman to climb 9B liked one of our posts on Instagram. We couldn’t miss this opportunity, so we decided to get in touch with her to see if she would be so kind to answer some questions … and she said YES!!!

Here’s a new episode of the Epic Climbers:

Question We know you started climbing when you were a girl but, how does a girl from a small town in Austria go from climbing in school to competing all around the world?

Answer I Started at the age of 11, I attended a sports related school. There I joined the climbing team to train for competitions. So, I started with indoor climbing and comps before climbing on rock.

Angela Eiter is 3 times Lead Climbing World Cup Champion, 4 World Championships. In 2011, she achieved her 25th win in World Cup and her 42nd podium. Click in the link to watch Angela (min 57) in the World championship in Paris in 2012.

Q.- What are your tips for all those young people who are starting out today in climbing?

A.- Start climbing at the beginning, ideally with a climbing instructor. Improve slowly step by step in order to prepare your body to the effort. Most of all: Have fun!

Q.- You have bolted some routes and you know bolting is always a controversial activity; as a professional rock climber what’s your opinion about it?

When I want to bolt, I first contact the local municipality if it is allowed. Then I follow the bolting strategies I have learned in a bolting course in Austria. Bolting regulation varies between countries and for sure, you should get the permission to do it.

Q.-  Climbing is becoming and increasiling popular sport  and the number of people who practice it is greater. Besides, its inclusion as an Olympic sport will have a global impact, do you think it is beneficial for climbing?

At the end I think that climbing benefits from being an Olympic sport as far as media attraction or financial support is concerned. I mean, It is quite likely that more people get introduced to our sport. It will be an opportunity for all people around the world to watch the best climbers in the world in action…Do you know how many climbers above 9A are going to participate? Alex Megos, Laura Rogora, Stefano guisolfi, Adam Ondra…

Q.- La planta de Shiva…Could you please tell us a about the route, the process you follow to send it, and why did you choose this line?„

«La Planta de Shiva“ is located in Andalusia in the crag Chilam. It is about 45 meters long and quite steep. I spontaneously came across this route when I tried the first part of „La Planta de Shiva“ which is graded 8c. On the top of it I realized that this line could fit my style and I was right. In total I went there seven times for one or two weeks until I could send the line.

If you want to find out more about Angela visit the redbull content pool here.

Thanks so much Angy for your help, you’re always welcome in Calcena.. we have some pretty good routes here😉